Skip to main content
January 05, 2009
So my brother was in town for whatever reason with a pregnant fiancée and a couple of Bay Area friends in tow. Plans were to meet up for lunch on Saturday and exchange xmas gifts. This was a minor crimp in visiting the Aquarium of the Pacific in Long Beach as B and I originally planned. 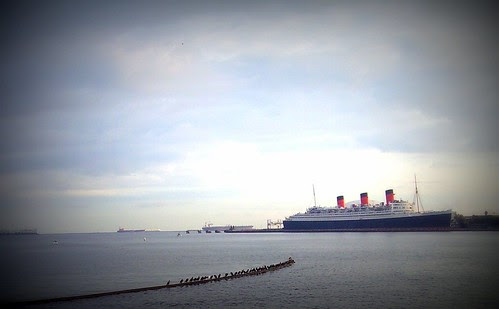 When he didn't call by 11am I knew that once again his self importance was going to screw my plans over. Sure I went along with new ETAs of 1pm, then 2:30, and finally 3pm at first, but within 10 minutes of the last push back I was annoyed enough to cancel on him. No it wasn't the pregnancy slowing them down, it was the shoe shopping at the Brea Mall that was more important than our lunch plans. grr. 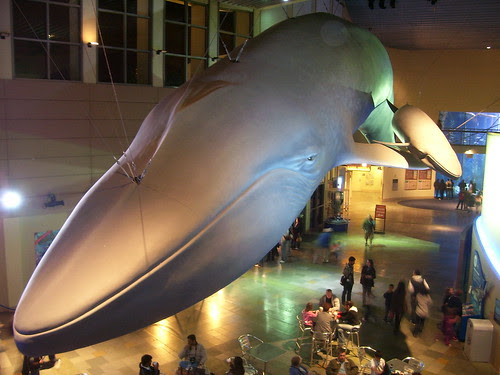 Now with the day opened up, this allowed time for lunch before heading down to the Aquarium and since this was B's first time to the city of Long Beach, she wasn't sure what to expect. Thanks to California Gold I explained what little I knew from the area surrounding the Queen Mary: the old seaside amusement park, the almost Port Disney amusement/research seaport that failed a city vote and the more recent aquarium and shops that are now there.

"It wants to be a Santa Monica one of these days." I explained.

"How long do you think that will take?"

"20?!?" She looked over to the Bubba Gump, Chili's and PF Changs stacked next to each other, "This is some of the same crap I left in Michigan..." She continued, "But then again, it's January and we're not walking in the snow to eat at Chili's. 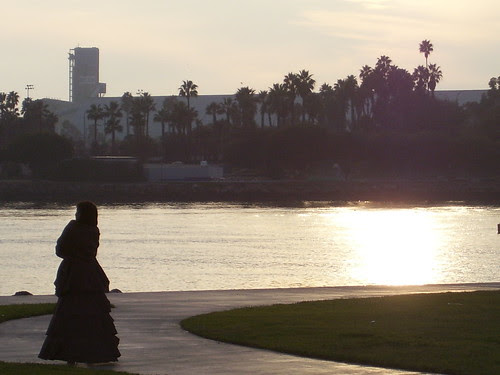