10 Things from the Vday Weekend 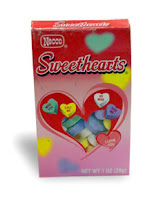 So when my girlfriend flew into LA last Thursday, neither of us expected a perfect VDay weekend. While we might be extremely sappy people, we are not the type caught up in the general expectation that this was to be a super romantic getaway.

So ok, when I picked her up from Terminal 3, there was some wrapped candy under the seat - actually eight boxes of NECCO sweet heart tarts.

So ok, we did have the best breakfast ever at Millie's Cafe Friday morning, seated along the sidewalk, ooh and ahhing over each other as much as each dish served in our area.

So ok, we did the uber couplely thing of hitting Trader Joe's for supplies to stay in. I would attempt to make pancakes for each morning slept in or for dinner, post afternoon nap.

So ok, I took her out for a walk hand in hand after Trade Joe's, but it was while I had my oil changed and she didn't mind one bit. (pic)

So it with the bar set so low and with the intent to merely pend time with each other, it hella sucked when poor B came down with a fever that night.

Of course I took care of her and worried like any boyfriend would: Will she be one of those sickly crybabies over a low grade fever??? **

Thankfully the answer was no; she sucked it up with Tylenol cold medicine.


**it's ok if you're really, really, maybe I need to go the ER sick

So before I put on my PJs I'm going to fill out this meme that dear Sonia tagged me with (What? The person who mocks LJ has an active LJ account? Duh, where don't I have an account?).

blah, blah, write a blog with 10 interesting facts/things/habits about yourself.

1) I've an irrational fear of being sucked into the ocean by a giant rouge wave.

2) This is embarrassing: You know how they say never putting anything larger than your elbow into your ear? Well I managed to have a cotton swab (aka generic q-tip) get stuck in my ear. . . on two separate occasions.

3) To this day I have trouble with the use of surnames. Mr. Mrs. I'm not talking about being paid to do so as part of customer service - just with parents of my previous relationships. Being polite I will pull out a proper greeting when required; I just avoided this fake level of respect with control freaks for parents. Not surprisingly, my best girlfriends had parents that insisted on being called by their first name. They respected us as maturing young adults and spoke volumes about the girl.

4) I've owned, and primary have worn doc martins since 1987. Then Guess! bought them and it went all downhill from there. I don't remember buying a pair of sneakers since 1998.

5) I was honestly appalled when supermodel Christy Turlington admitted to me that she had never read Amy Tan's The Joy Luck Club.

6) I've never been surfing, skiing, or snowboarding. But I have bungee jumped and leaped off a 40ft granite rock into a chilly sierra pool of water.

I have a minor fear of heights though. I was more nervous being raised in the crane than actually bungee jumping off it. 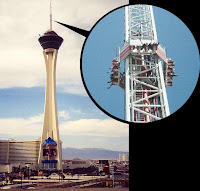 7) I love wooden roller coasters - well pretty much any amusement/thrill ride. Only chickened out once when I was strapped into the ride that shot you straight up on the Stratosphere tower in Vegas. Completely chicken out at the last second based on a bad gut feeling more than the height.

8) I have zero kinks or fetishes. This is not to say I don't have fun.

9) I have no problem eating a pound of almonds in a day.

10) I'm always seem a little sick - or think I am. It's usually just allergies. I'm not a whiner.