I left a town called Lorange 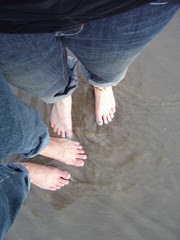 You see I like being that couple.
The couple that meets one summer night in Silver Lake and falls in love despite living thousands of miles apart. It didn’t hurt that we shared the same mobile phone carrier.

So I have been holding back telling you readers the conversations, the plans, the potential hi-jinks because the stories would be sappy in such a sickening way that a few of you will curl in disbelief and stomach propelled disgust. Yes it’s that sappy, and as this is my blog, my space, I plan on sharing some of them with you as time goes by. You don’t have to read them, you don’t have to like them; I really don’t care what you think to be honest.

It has taken me many years of making mistakes, learning from them, and repeating them again to get to this point. In the past I’d placed myself in bad situations and took a few down with me. I’m sorry that I did. After my divorce I tried to act like I wasn’t the cold, fucked up asshole it (the process of divorce) made me into and even when I could admit it, I just. didn’t. care.

Lorange was my state of mind 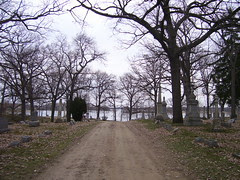 Friends and a few special folks helped me tremendously in the beginning despite those moments I figuratively swung my way though life. When I was done, the damage completed and tallied, half of you were still there. One or two absolutely hated me. Fair enough.

Late 2005 I decided that I was better off alone for the time being. People called me guarded and far worse, called me on my insecurities and since then I have dropped that wall I'd surrounded myself with considerably. I made amends, I apologized. Some still hated me.

Having a lot of trouble not being shy (which became awkwardness, and in turn weirdness) I instead had fun blogging about my infatuations and the music that I connected with. Some of these localbands, certain local artists have no idea how much their songs or shows meant to me during those years. Some smiles by others reminded me that I wasn’t a complete loss and that in time I would know what to do with them. On occasion little moments were quite unreal but those moments really did happen; it just became easier to smudge the words to create a more digestible truth (hence this blog’s "inspired by actual events" tagline). But dead end infatuations and blog post fantasies do not make a fulfilling life and eventually I decided that the real world, with my few real friends and family was once again important to me.

I also decided to wait. Wait for that person who would make me swoon like never before.

I’ve mentioned many times in this blog that I’m great believer in Timing. Being in the right place, at the right time and meeting someone passing right through your life at that exact perfect moment.

So I call us "that couple" now. The ones that meet and found loving each other the easiest thing we ever did.

The one that can say that yes, you’ll know that moment when it happens to you.