September 28, 2008
In a land far, far away called the Staples Center in Downtown Los Angeles.... 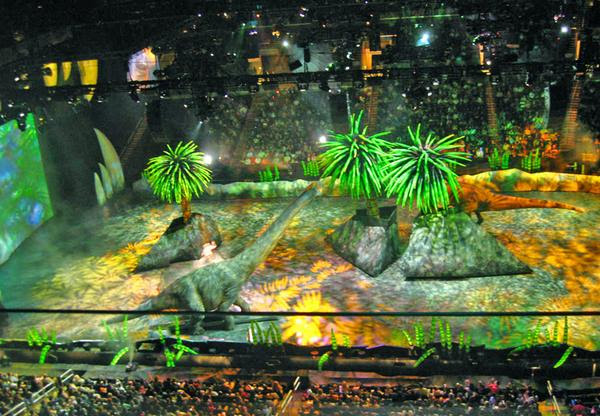 Thanks to Tina  (who I totally remember from high school by the way) for offering Thursday night tickets up on the Mediabristo/fishbowl LA site. 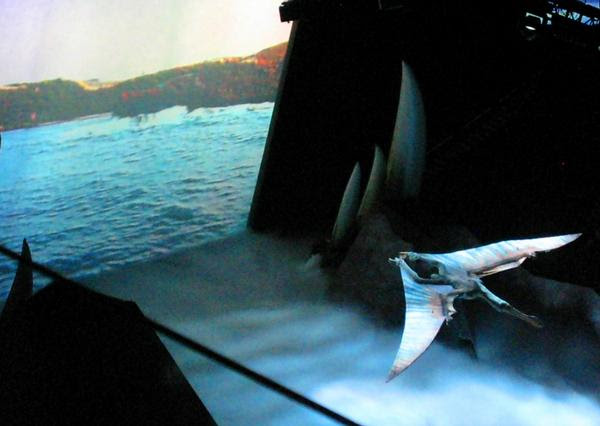 So how was it?

Ashley and I had a great (Cheesy) time!

Not surprisingly, it was as enjoyable and cheesy as one might think.  Sure it's all based on a BBC science show. But inflatable plants?  A baby t-rex hamming it up for the crowd? An over-sized cave lined with impossibly large teeth? 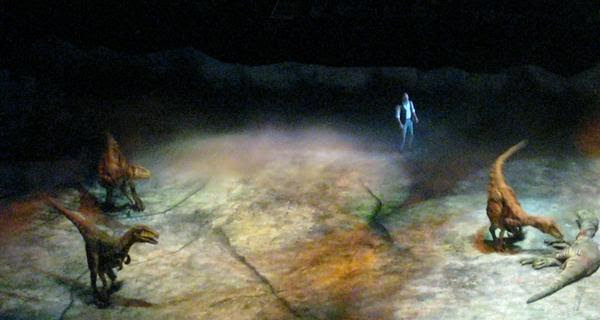 No, what was surprising was the scene located in the Nokia plaza next door. A massive hotel convention party with three bands on top of Wolfgang Puck catered tables.

I turned to my friend and asked "Was that crowd especially white or was that just my imagination?

A far more jarring reality in this city where a T-rex could fit right in along Hollywood Blvd.
walking with dinsaurs