April 11, 2010
[My brother turned 40 in 2007 and invited the whole family to Vegas for a weekend of fun. My sister and then husband flew in from Rhode Island, my mom from the Bay Area and I drove through the desert (that post says more - says everything). I did a quick recap of the trip here but never finished writing about the conversations like I said I would. So here they are and a little more] 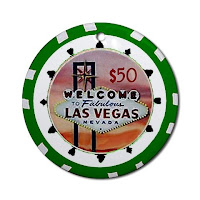 In Vegas, you only need to stand outside a casino side entrance a few minutes to meet a crackhead.

Encounter#1:
Outside Excalibur chatting with my sister when a lady walks up to us asking where we're from. She looks like a normal middle age mom, not homeless, not selling us anything just a little too friendly - something was odd but I couldn't put my finger on it. My sister answers with Rhode Island but clarifies that we are actually California natives. This excites the lady and she states how she can relate, explaining she lives in Hawaii. My sis and I are not tracking this course of conversation this lady took us on but she noticed our confusion and continued to say that she lives on the main island part time and the other half in California too. We engaged her more because we're bored and a little drunk in Vegas like everyone else and this is lady is still giving off an odd vibe we couldn't just let be. 10 minutes later this lady is inviting us to visit her in Hawaii, giving all her personal information on how to contact her, where to fly in, how we can stay a few weeks with her. All very odd.

Later when I told this story and mentioned the main island part to a friend who used to live out there, she quickly said that people like that from the main island were heavily into meth (she used a different term) and that it was best not to respond if that lady ever made contact. My sister still wanted to go. 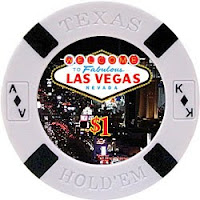 Encounter#2
3am-ish a stumbling couple wanders through the swoosh of glass doors of Excalibur, verbally displeased to see they were still in the parking lot and not onto The Strip. We are once again outside as my sister smokes and I'm smoking too.

The female and drunkest one of the two walks up and interrupts my conversation with my mom to ask how to get to the Tropicana. I laugh knowingly at her. "Oh don't feel bad, I've been so drunk here once that I literally spent an hour trying to find a way out."

"Oh thank you!" she says giving me a sloppy hug. "You're the nicest employee here!"

I shoot her an annoyed look while she has her arm around me, her date looking on amused.

Continuing with being helpful I give them directions to escape the casino resort: "Follow the wall, up to the left. Do not take the escalators."

I repeat it five times. Her bobble head could not focus on where I was pointing for a reason. Drunky Pants reaches out for my cigarette still with her arm wrapped around my waist. 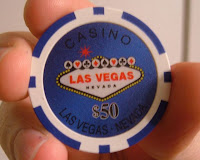 Encounter #3
Outside Caesars at the end of Forum shops I'm waiting while Ryan finishes smoking.


We notice a dorky rent a cop on a segway down the street. He scoots up, waitis for the automatic doors to open and rides into the mall section. Two minutes later he comes back down the walkway and circles back around to our location. He looks confused and lost. Before he gets to the door his manager is walking in his direction.

"What the hell are you doing out here?"

"Get back in there!!" The manager points fiercely to the mall entrance before walking off.

Rent a cop pulls in through the doors and mumbles sadly to no one "...but I was just in there."

Oh so pathetically funny. not terrible reassuring safety wise, but damn funny.  A minute passes and a guy in a scarf comes up and starts chatting with us. The odd ones always come up to you first and this side entrance is proving to be the winning hand for us in this regard.

Scarf guys just wants to brag about his life apparently. He mentions how he grew up as a son of production booker for Ceasers, how he has met everyone, blah blah blah. It's an interesting life-story and we're game for about five minutes, listening and encouraging his Vegas tale. That is until he changes his tune out of nowhere and mocks us as being tourists: "I'm sorry, but you are tourists!" I look at Ryan. Ryan looks at me."Uh yeah" Ryan responses and with that answer, scarf guy tosses one end of the fabric length over his shoulder and huffs into mall never to be seen again.


Looking back at this draft I barley remembered any of this random stuff until I read my words again. What I do remember is escaping my family to "take a nap" but instead calling B and telling her about these same encounters. I remember looking for cool Vegas souvenirs I could mail and loving the poker chip magnet I found for her refrigerator. I remember still being nervous to call because up until then we were mostly doing emails having just met a couple weeks earlier. I remember thinking I could talk forever to her and not because weekends were free on our calling plans...way before we realized that we both had the same carrier so it had always been free.


I would paid thousands just so could I wish her a good night and sweet dreams.