The Joy Formidable - I Don't Want To See You Like This

Song: I Don't Want To See You Like This

Why: This video doesn't make sense to me.


And that is besides the point - this band is great live. Here are some pictures and words on Joy Formidable's first show in Los Angeles on August 11th 2010 after the jump (click link below the video). 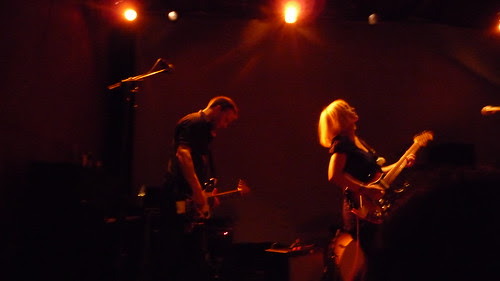 It was held at the Bootleg in which has a lot of good going for it: intimate in room size, excellent height of the stage (think troubadour), the required bar (beer & wine only), a patio I didn't visit since I don't smoke anymore and most importantly it is placed slightly off the beaten path in HiFi so you could have some serious fun, oh and did I mentioned that the music is booked by The Fold?

Yeah this place is golden. 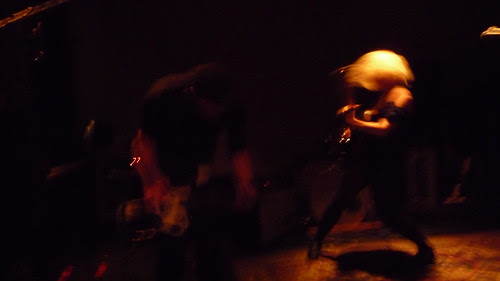 [This is not a review]

So the buzz was out and the placed was filled up nicely for a touring group - pretty impressive for LA actually. I stood up front and mouthed the songs as I always do with my favorite bands. TJF whipped through most of their EP material with a few new songs including the new video below.  They played two encores if I remember correctly and showed what a great three piece can do. (This video for Greyhounds in the Slips captures their live show pretty well.)


So this song I Don't Want To See You Like This is off the upcoming album and the thing one notices is that they're going for a bigger, more complex structured sound that earlier songs only hinted at. See the video for Austere from my first post about them from 2008 or Whirring from my 2009 post to see what I mean.

Ah whatever. Listen to some songs, watch the videos I posted, read a real concert review and if you like The Joy Formidable I'll see you at their next show; it probably won't be as intimate as this last one and that's not a bad thing.
Bootleg Joy Formidable The Fold