May 25, 2009
During some random conversation today I asked B what her favorite bands were when she was in middle school since she's a tad younger than me.

"I remember listening to Green Day and..."

"What?" she asked, probably unsure if I was amused by at her almost teenage musical tastes.

She added, "And I was doing my sixth grade homework."

Not often does a moment frame our age difference so perfectly. 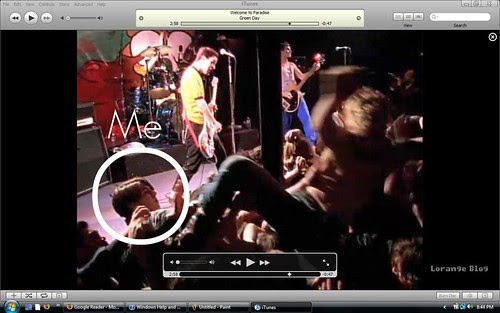 Though I was very aware of Green Day in the local Berkeley scene, my first show was not until the evening before the album Dookie (their first major label release) came out . By the end of the night I was up against the stage watching the band and near the film crew capturing the set.  All these years I never knew what was done with that footage so after a little googling I found information off greendayvideos.com pointing me to the UK only Welcome to Paradise video off iTunes.