words to start every trip

I drove for hours, heading Northwest on the 101. Woodland Hills, Camarillo, maybe Santa Barbara? I haven't been out this direction since I was a child and my dad insisted we took the coastal drive at least once on our many trips to Los Angeles. We drove down every summer and I remember doing this route only a couple times - once as we came up to a freeway junction and my dad asked us "So should we go left or straight up the 5?" We yelled left and headed up the 101 based on three kids thinking nothing of adding a few hours to our already long drive.

My secondary destination this day, my back up, is only a memory. I have only a vague idea where or what it is but I'll try to describe it here: A large canyon, a small narrow road, a steep drop down the edge of these cliffs. Somewhere on the way down (or maybe at the top) was a Bob's Big Boy or some random restaurant off to the right side before the canyon opened up. I remember the food, the trees, the parking lot one had to turn across downhill traffic to get into and thinking even at age 5, 6 or 7 that seemed like a dangerous place for a restaurant.  I had a chocolate shake and picked the slices of pickles off my hamburger. They were dill.

The car kept driving North until the traffic stopped just before Ventura, probably due to the 3 day holiday weekend. It was 1 pm so I ate lunch. I took a picture of an empty lot, remarkable because I saw a hedgehog just staring back at me from the middle of the field. At first I thought he was a rock, so I stared and squinted then used the digital zoom on my camera to finally see that it was indeed alive. Also he moved so that was also a bit of a give away.

Traffic wasn't moving and I could smell the salt in the air from where I was. I headed back South, then West until the land on the right side of the road drifted off and was replaced by marsh, then ocean. The second destination would have to wait another day and a little google map research. 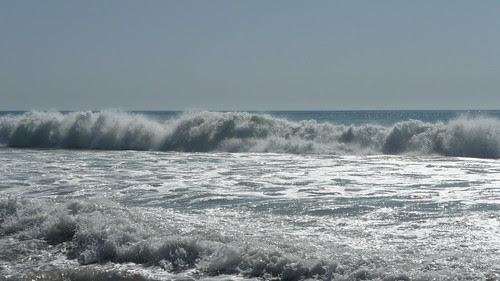 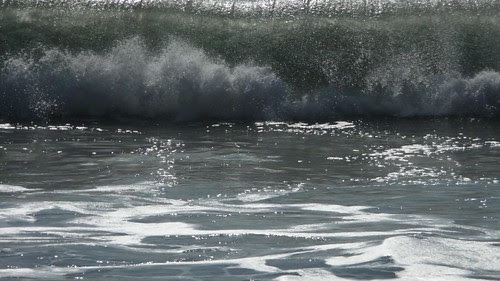 Here was a Tidal Wave!! (only in miniature) 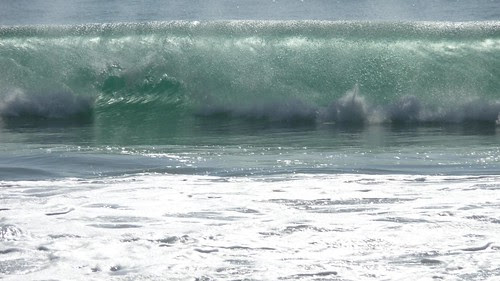 Here was the reason why I drove all this way in the first place:
To stand in the ocean waves. And I did. 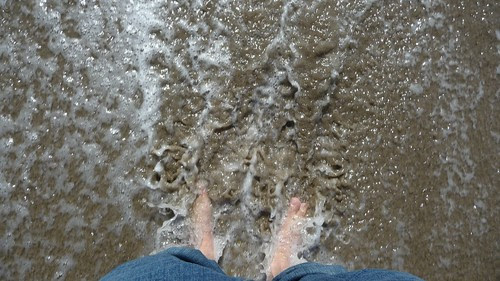 Even now when I recite these words in my mind, I still pump my fist into the air.