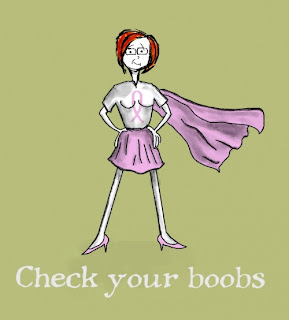 I wrote about my friend Sonia earlier and how she wrote about a lump she found.  This is an update if you haven't been following her kick ass blog which you should as it is all sorts of kick ass.

So why is this reason number 2?

Well during this mess of appointments and tests and worry, her boyfriend David proposed to her beneath the Bay Bridge. I imagine I'll meet him one of these days and I will tell him that it was apparent to me that he was The One based on her blog and pictures. Also her smiles her dead giveaways.

Then October gets better to hear that after her mastectomy Sonia hears that the cancer hasn't spread and that she now officially a cancer survivor.  Now today as I caught up on my blog reading I see that Sonia has been featured in i live here:SF with her San Francisco origin story plus a great collection of photos by the creator of the i live here: SF series. Please check it out!

(I wasn't sure if I was going to ever write this post when Sonia became my first friend to get bit by the Big C.  I've known Sonia for almost 18 years now and while we been friends, sometimes close, sometimes at arms length, this whole cancer reality really threw me for a loop. My dad died of cancer when I was 17 and I didn't handle it well - I just didn't handle it at all.  When B asked my what number 2 on my list was going to be about I told her Sonia's good news.  B was thrilled to hear this of course and as I got through all the details she asked knowingly if I was truly going to write about it.  She pointed out that I never made it passed the the first chapter of A Heartbreaking Work of Staggering Genius yet. And I didn't write this blog post until now.  With my Thanksgiving post plus some drafts I'm working one have made it clear that I'm still dealing with stuff.  Celebrating Sonia and her new? renewed? continued? back to same old, same old but that's a good thing? life is probably a good place to start.)
Oct 2009 Best Month Ever Countdown