The Dollyrots on the The Price is Right 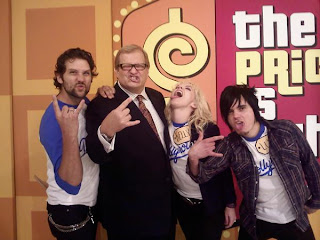 The Dollyrots took this picture on their first visit to the Price is Right show, sitting in the audience with the hope to be picked to "Come on down!".  As far as I know that didn’t happen but this band knows how to network and promote when it comes to TV appearances (HP printer commercial, appearing as the murder suspects in an episode of CSI: NYC, a nationwide Kohls commercial) and the talent to back it up. 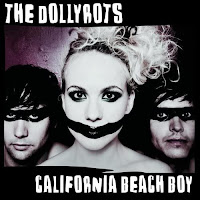 Tomorrow (Friday 01.14.2010) tune in to the Price Is Right on CBS to see a special gig promoting their new album coming out soon on Joan Jett's Blackheart records.

You can stream the first single California Beach Boy and Dumb here. I personally like Dumb better.

Very few local bands I would vouch for and The Dollyrots are one of them. Honestly, a very sweet, talented bunch of folks working their way up.

I count myself lucky to have come into contact way back in 2003/2004 and fully expect them to hit it big.