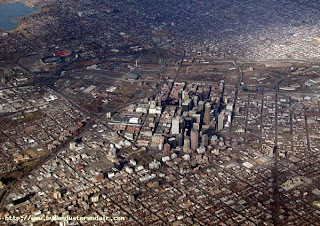 Obviously I didn't take this picture, but it's pretty close to what I saw. If I had a camera you would be seeing pictures of the Grand Canyon and the snow peaked Rockies.

For some reason I've missed the Grand Canyon all the times I've flown back east so I was taken aback a bit by how frigging big it was. 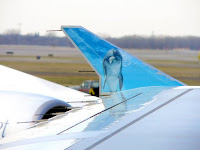 have nothing really to say expect flying Frontier was without hassle and their cutesy animal theme pictures plastered on the tail is also applied to the winglets. nice touch.

Oh and everyone in Denver looks like they jumped out of a LL Bean or REI catalog.