April 07, 2005
I really like the Punk Rock Socials held at the Anarchy Library, since the crowd is so different from my usual Kiss or Kill nights at the Echo. I know I'm a tad lame looking, and not in the indie cool lame look sort of way, but when I can go into a bar/club by myself (which I hardly do) and feel at home with punks, hipsters and members of The Mongols motorcycle club (they seemed nice), then that’s fucking cool. I can't speak for most nights at the Anarchy Library, but the Punk Rock Socials are great there.

Missed the first band, The Renders because I got stuck at Wal-Mart (I should've known better), so I'll check them out at a later date. Arrived in time for the 50 cent well drinks specials and the band I mostly came out for, So Unloved, a young group out from San Antonio, Texas that just kicked ass. I highly suggest checking them out. 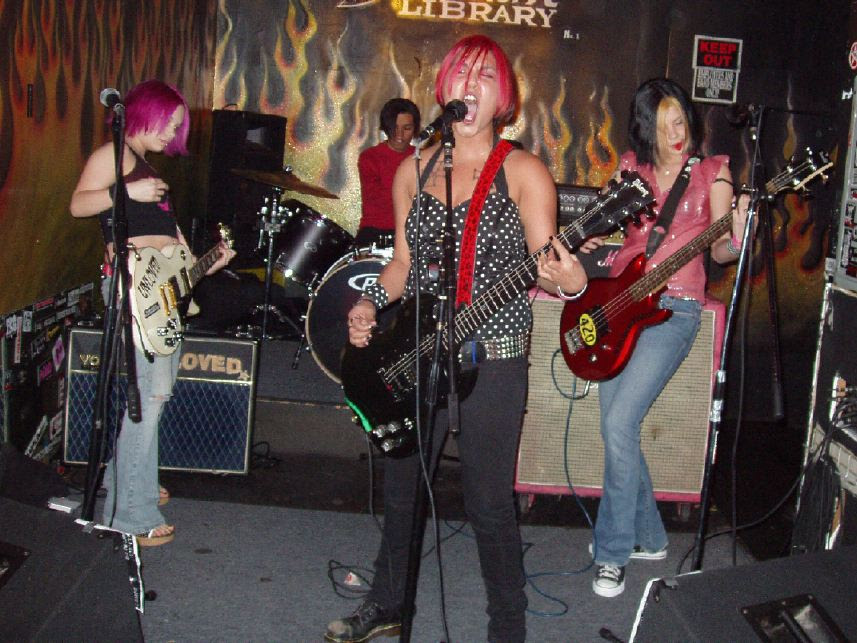 Saw them at last week's Kiss or Kill, but didn't know they were a band until the flyers were being handed out. I didn't get one, but managed to find out that they were playing at the Anarchy, listened to some samples and knew I wanted to check them out. Now I'm still trying to figure out where I saw the lead singer Omega before KorK. Key Club for the last Dollyrots show?

Here are some more pictures by Aristeo Perez