all I wanted was a hamburger and a hug

September 16, 2009
It's probably not normal to leave the dentist crying at this point in my life. 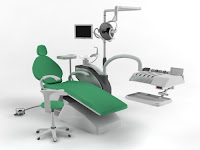 Before I get into why I found myself sitting in my car all teary eyed, you have to understand a couple things:

1) While I'm known for giving good advice, I'm not very good at following any advice.
2) I have regrets for not adapting to changes in my life - that I do not do curve balls well.
3) I have this frustrated/sad look about me at times. I'll deny it but it is the look of utter disappointment / frustration in the current situation/myself and usually related to money issues.
4) Also this post is very long.


When The Ex moved out and filed for separation she also took me off her insurance coverage which coincided with the company I worked for being sold and moved.  It was really a crappy time in my life with a commute increasing from 5 minutes to 50 minutes, my worth needed to proved to new owners, and oh yeah while that whole divorce process was happening. 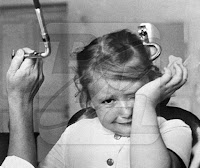 Years went by and I clung to a job as the one single stable aspect of my life even though they could give a shit about me with their broken promises of insurance, raises, and general back-stabbery. It was a bad deal advised by many to leave and if it was you I would have told you to leave too. Honestly I was too scared to change.


Now I understand how stress and depression sort of blinds you to things like drama and manipulation at work, your better judgment about people and drinking until 2:30 every Tuesday night learning to socialize all over again, and important things like taking care of your body and eating right.

So back to the dentist and my sensitive man/child sobbing.(ha.) Here I was dreading the exam despite my regular brushing and flossing as I knew that after 30+ years without a single cavity all that crappy food and sugar that comforted me during the bleak years was going to do some damage. I was paranoid of how much damage.

It was a long, long cleaning as they scraped and poked and cataloged each tooth. The dentist asked more than once when the last exam was and it seemed that new staff kept poking in to peer at my dental version of Stonehenge. Almost as if on display, I imagined a cautionary tale about sugar particle gang beat downs and the preached safety of the Brush 'n Floss buddy system. Mostly I thought that I was in this (feared) bad shape simply because I was too scared to move on to a better job - that I spent so long being so poor for the sake of stability - that I didn't think of my health for as being worth the effort.

They kept asking me if I was alright as they cleaned maybe thinking the distressed look in my eyes was from the cleaning.

I counted being asked over ten times.


I've worked very hard to leave that regret all behind - for the most part it is - from past decisions or non decision. Somehow I look back and try to not see the depression I was in back then, how I let life, friends, and health go to shit, or try not remember the morning struggle to get up, the one good shirt I wore too often not by choice, the bad self cut hair and more.

Sometimes, like at the dentist office, I remember that it really wasn't all that long ago.


This all happened a couple Saturdays ago just after my doctor's appointment and since my cholesterol level came back a tad high I can't even eat my go-to comfort food. I did get hugs. Also my teeth are actually fine not including my first two cavities ever, so that's something.