The New Fidelity has a free CD for you


@thenewfidelity: Download our new CD All Here Now for Free for a limited time only! http://www.newfidelity.com 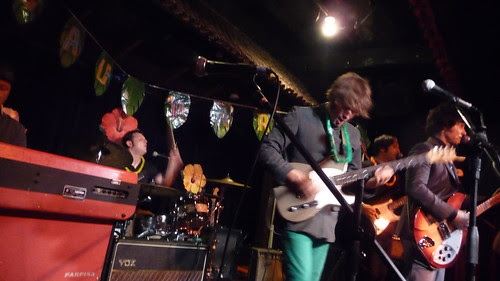 I made it out again last week for another night of fun at Rob Z's little semi-monthly shindig at El Cid. Maybe you should have gone too because it was a great line up of bands. And if you know Rob Z (and you probably know him way better than I do in fact), then you know how he cherry picks great talent for these events.


The New Fidelity made the night their CD Release show, packing the place with locals and bringing along quite a few Long Beach folks with them. They offer such a great, consistent sets of 60s/70s Brit-Pop inspired songs that get people up and dancing each time I catch them. I like what they bring to shows that I even tried to book them for big corporate party in Vegas a few years ago before my West Coast office was sadly closed down (and I was laid off). I highly recommend The New Fidelity if you're looking for great band for your event. They have a multi-generational appeal; a timeless cool


Also up that night was Chissum Worthington (below)walking a fine line between reality and subtle silliness. The real person behind the Chissum persona, Mike Schnee, is also an old school Prefab Sprout fan like myself - We are so rare. 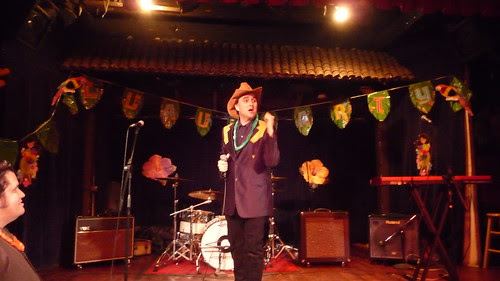 I especially want to point out another band on the line up, The Commotions. Wow this band has grown a lot in the last year - much tighter with an expanded retro sound similar to New Fidelity that only comes with growth as a band. The singer Marianne is now more confident in her voice it would appear as my friend remarked, 'Wow, she has some lungs'. That, she does. 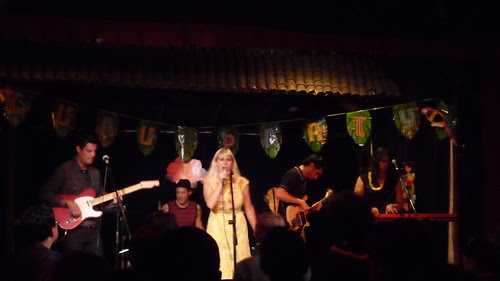 This LBC band really should play more LA shows to show us how much better live than their myspace tracks might lead you to believe.