Slight change in my plans for the weekend has open up the possibility to catch another band I've been keeping an eye on lately. 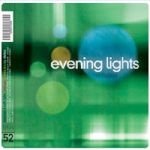 Now The Catholic Comb I knew about because a former co-worker's little sister (Kelly-Jean Rice) used to play bass for them (who amusingly won the the East Bay Express award for most charismatic member, reportedly for never making eye contact and often turning her back to the audience for most of the set), but it LoveLikeFire's Ann Yu that am I most familiar with as the singer for The Disappointment (myspace) and its earlier SHIGM, The Evening Lights (myspace) back in 2003.

While the direction of LLF's Bed of Gold ep is definitely more strip down indie rock over the Evening Lights appropriately titled album Landscape of twee indiepop, what jumps out on both efforts again is Ann Yu's simply sugar crack addicting vocals. I love writing/reading/doing almost anything to these songs.

You can pick up Landscape off the Shelflife Label site for a mere $5, download the similar sounding Disappointment tracks off their abandoned myspace page and four excellent tracks off LoveLikeFire's new ep off their site.