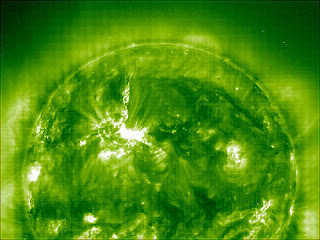 Porterville @ Bordello (formerly Little Pedros) $5
with the Fizzies
rumored to be back at kiss or kill soon - of course they're also playing with w/ Nous Non Plus at Safari Sam' on 5.25 (presented by The Fold)

Hello Dragon @ Silverlake Lounge $8
Chris Zerby and Julie Chadwick are/were? the band Helicopter Helicopter - I remember meeting one of them when kork was back at the Echo and I was quite drunk. I honestly don't know which one though. Maybe both? Um, that has nothing to do with anything but I do like the new sound of their current project Hello Dragon. Also I know that Julie hosts the vegan happy hour & potluck at the Short Stop on Thursdays. That's cool.

Thursday:
Hearts of Palm UK @ Silverlake Lounge $7
heard nice things but haven't seen them yet. well I think I was over dramatically doing laundry next to one of them couple months ago at Lucy's...does that count? 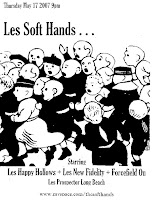 Deep Sea Diver (Jessica Dobson) @ Alex's Bar 11 pm $3
with The Victorians, This Evening there will be thunder & lightening