sore. so so sore 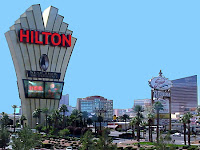 I might have told some of you that I was going to make a turn around trip to Vegas yesterday for a convention that is currently at the Hilton which might or might not be based on an old tv series with William Shatner (of shut up, I was getting in for free and don't tell me that some great drunken blog posts wouldn't have come from it). With lots-o-time on my hands so the plan was a go with the time available until I realized that my money was already tied up for something else. Oh well.

Now the thing with being available all day is your friends also know that I'm going to help them move something or lots-o-somethings. This cannot be avoided. For example, last week I helped Ash with her refrigerator to the new digs in Glendale; Yesterday I was recruited to help move stuff from J's apartment to his new apartment. So we started about two and the uhual loaded and apartment cleaned by six, ate a couple handfuls of chips as my only food that day and then drove a few miles to the Westlake area to unload. Three people + one apartment: two hours tops, right?

Well parking our three vehicles took awhile of course but we got started and we were about a third, nearly half way in when we noticed that the apartment was um, infested with bugs.

We didn't notice at first since the power wasn't turned on yet and it being nighttime and all though when we borrowed an extension cord to connect to the outside hallway plug it was frightening obvious how bad it was. Apparently one was seen nearby (I don't believe inside) when they walked through a week before and the manager mentioned that it was just treated that week (with positive thoughts and carpet deodorizer?), but nothing to hint at a problem.

Of course we decide to load all back in, finishing just before midnight. Now I just got back from the storage place after another two hour unload and have to get ready for Front Row Joe's 30th bday party and I'm not going to jinx it with why I might be especially looking forward to attending.