So there are small moments when I doubt my reality. 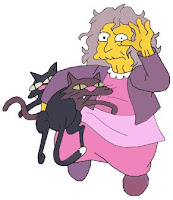 Though slightly sick for the last 2 weeks I did manage to pop acetaminophen boosters for a few enjoyable hours out.

Last Saturday was an outdoor loft party with bands and free beer, then off to a friend's Sunday invite to a bbq at a wonderful Frenchman's house in the Valley who pegged me a snob within the first half hour ("Yes I am!" I whole heartily accepted this Pall Mall pointed accusation), and Monday was yet another night in the booths of Canter's Kibitz Room.

I never, never go to Canters and somehow managed to be that place three times in a week. First was to join another's escape to drink away a bad day, second visit was the Bang Sugar Bang show, and then came the surprise party for a dear friend to end the run.

As the party went on inside I wasted the evening on the sidewalk talking to one of the regulars who sang us a soundtrack to life in Los Angeles. His Los Angeles: the number streets, Joni Mitchell coming from the canyon, to his tried and true Bruins and Dodgers. Forty five minutes of nice drunk singing in the warm night air as I listened on. I listened on despite distractions by a Fred Durst wannabe hitting on Blue, a little homeless man on a big red bicycle, and more often by the very mentally unstable lady that refused to leave. She danced and yelled at the blues band, she danced and yelled at me, she danced and yelled as the blues band scored the bartender chasing her out repeatedly until finally she left cursing her departure down the middle of Fairfax, making a turn onto Beverly from the left turn lane and disappeared.

At that point I realized it wasn't going to get any better than that and called it a night.

Before trudging up my stairs to my apartment I noticed there was still mail to be checked from that day. Inside a red envelope sat the turned leaves of Fall between a light letter of thoughtful words.

This was one of those moments.