Saturday was all about Ashley 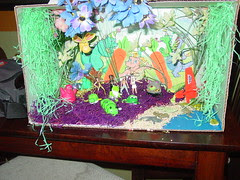 Last week Sorby (my current nickname for her) and I hatched up the idea for the best present idea ever for Ashley's Party (2):

Because everyone wants a diorama for their birthday. 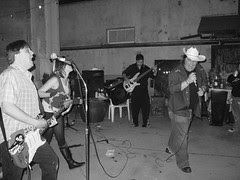 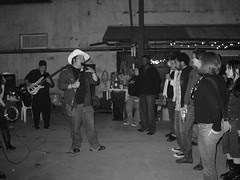 Eventually we made it over to the party at the old warehouse underneath the 6th Street Bridge for an semi acoustic set by Get Set Go, then full on P=Cow before it degraded as it always does around 2 am into "the worst idea ever" cover band of random people jumping in P=Cow. Matt from Bang Sugar Bang played along with Emma or Ricky of the Waking Hours or Eric from GSG or basically whoever. 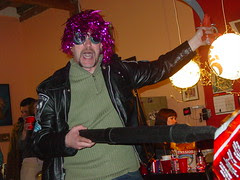 We even got a thumbs up from the party crashers who wandered in from the illegal dance club down the street though it was already winding down at that point.