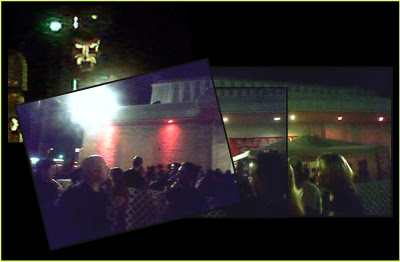 I hate being sick.

Wasn't I just sick two weeks ago? Yes I was but now I'm coming down with my first major heat wave of the year sickness. Must be the higher particle quantity in the air (smog) or just plain ole allergies. Who knows but living in the western edge of the orange zone on this map can't be good. One more reason I need to move westward and one thing (cleaner air) I miss up in the Bay Area. (did you know that the smog is pushed East in LA and sits over the Inland Empire, but in the Bay Area the smog is pushed West over the Pacific Ocean where nobody cares)

Just a few things to mention for this week off the top of my head:

She's Your Sister at Zen on Tuesday.

In Kiss or Kill news:

Agent Orange, "the roots of OC punk", will be playing August 18. 10 bucks but with discount tix for the regulars or anyone signed up with the KOK yahoo group. Additionally The Muffs will be playing another Kiss or Kill night sometime in September. I'd imagine we'll be hearing the Pu$$y Cow ballad "We love the Muffs" again that night too.

Also I just got a myspace friend request from this cool German band called Monkeeman.