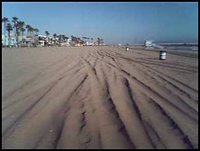 I'm not feeling anything today. I'm dead (totally overly dramatically) tired. I died under the weight of a thousand infatuations. I've gotten tired of it actually. This is what I do in my spare time: collecting thoughts and blurry cam pics. sometimes the other way around if she only asked. there is no secret meaning in that.

Really I have no secrets or so you think. Let me give you an example: Fathers Days was spent at the back to the future mall (really) watching "cars". all two hours of it, and like all Pixar movies and punches to the stomach made me cry. 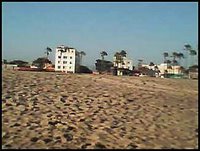 Before that I yelled at a kid who cut in front of me at the concession line. ok not yelled but berated him.
"I'm can't you believe you just cut in front of us" He didn't look retarded.
"Didn't your parents teach you that cutting is not cool?"
To K: "K don't every do what this rude, inconsiderate brat just did"
K tries not to laugh and I'm already feeling a little guity for being a dick to a 13yr old.
Kid looks back at me
"Yes I'm talking to you"
he looks away
"Not only am I disappointed in you, but what kind parents do you have? Seriously?"
kid never said sorry
I'm not proud that I did that. J wanted candy and I said no. 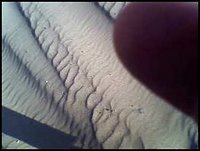 I was hungry. I was nice to the cashier. I had a really bad first week of my senior year (89/90) and it goes a little like this: one hmm you might not be graduating on time (totally my fault), two hey dad has cancer (when you can't blame anything, californians blame proposition 13. Fucking Prop 13), three girlfriend freaks (her dad but she was 11) and dumps me. joy. the weird thing is that I've been okay about this, you know as much as you can when you lose a parent. I had good times with my dad, distant, but still good times. Did I tell you that when I was 8 we drove to NY from the Bay Area? Did the first sequence in Cars with rolling hill interstates remind of that?