If I had a tardis I would rock.
Then again knowing what a tardis is in the first place pretty much negates potential rockingness.

If had a tardis I would've brought a change of clothes and towel for the shower we have at work because I would've known that the drinking would've started at one am at the rustic inn. I would've know that I'd be waking up on a couch in Culver City very far from home but just a hop skip and a jump to work. I would've known four rum and cokes in an hour makes me all wobbly and I'd end up with a number in my pocket after drinks with a complete stranger. 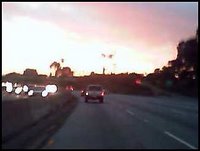 If I had a tardis, I would leave it at home because I loved this time here and now. Life sucks and these LA moments are for me to enjoy and you to take for granted.

Los Angeles will flatten your new tire the day you bought it and fix in five minutes in a tire shop for only five dollars. Drive up food, drive up drugs, drive up tires, why not? 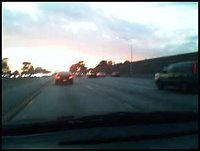 Los Angeles wants her picture taken on Sunday evenings who cares if you're going 80mph connecting to the Santa Monica 10, hand on the wheel, one on the camera phone, yeah yeah yeahs blaring, some kid tailgating.

Three ex boyfriends [over the last 3 years so this doesn't make her sound a whore, which she isn't and I wasn't implying that and I don't think anyone thought that either] of one girl, one room
Um yeah.


[A post with Doctor Who references will not help you get laid btw.]
[ok had to post this link to this video]