Can we build it?

During my early Sunday morning cartoon watching I discovered one of my favorite comedian’s dirty secret.

The brilliant member of the original British series “Who’s Line is it Anyway?” and the decent American version now voices a squat little hard hat wearing, know it all construction worker.

I really don’t have a problem with this as everyone has to pay bills and Bob is an established force on the children’s circuit and you never know how it's all going to pay off either.

As freshman in high school (@ 1986), my friend and I would visit this local bar located in a desolate shopping center called Fubars in Pleasant Hill to watch local comics pass through. Before the boom of Punchline comedy clubs throughout the Bay Area, most comics played at local out the way places when not in the mecca of comedy, the city of SF.

I remember seeing Dana Gould (now ex. producer of the Simpsons), Larry “bubbles” Brown, one half of the team of James St. James, and Bob Goldwaith among other "locals" such as Greg Proops, though I never saw him perform back then. When Bob Goldwaith was headlining, his warm-up and MC for the night was ususally his childhood friend Tom Kenny, jokingly referred to as Tom Cat versus Bob's “the Bobcat” Goldwaith tag. (This was later changed to Bobcat Goldwaith up until he burned Jay Leno's couch on the Tonight Show).

So lately Tom Kenny has been doing voice work as a little yellow sponge you might have heard of.

Now Bob Goldwaith has done a few crappy movies (Burglar, Shakes the Clown) and did the voice for Floppy the Bunny on the television show “Unhappily Ever After", but not too much in his forties. 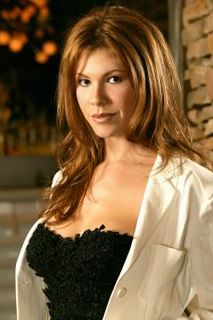 I wouldn’t say he is doing too shabby even without high profile jobs. On “Unhappily Ever After" he worked with the young hotness known as Nikki Cox. You might know her as the now 26 year old hot redhead on the I’m not sure why hit television show "Las Vegas."