Finally went to have my tire fixed after driving on the spare this week. Corey remarked how I was one of those people he's scared to drive next to on the freeway. In my defense I hold up my record for zero accidents in the16 years of driving compared to his how many now?

Sometimes I’m afraid to drive with Corey, and I see now that the feeling is mutual.

Stuffed face with a double crunch zinger sandwich (which sounds like a cool sex toy* if you dropped off the sandwich part), showered, sped down the 60 almost missing the Santa Fe Exit underneath the interchange. Very tricky placing by Cal-Trans where the exit is a half mile before the actually street location. Sorry to the people I cut off.

Made it in plenty of time, with plenty of parking around that block where Hangar 1018 and a lock out for bands were located. Chatted with LR and A and T and Mickey with Goofy in the background. The Swedes staying with Jason had been enlisted to paint this nifty mural on the outside wall with only primer and black paint. Other highlights: comfy couches, strange girl dancing around, and recognizing strangers from Myspace (EvoLLissa?).

Bouncing to the bands, I started to feel ill, quickly taking me from alright to feeling winded, dizzy, and light headed. I managed for Midway and Bang Sugar Bang’s set, standing somewhat still for the most part. Throughout the night the combined smell of cigarettes, paint, primer, deep fried pound cake thingies with powered sugar, and the dumpster mixed together forced me to walk around just to find a spot that I wasn’t annoyed with.

Had a nice out of the blue talk with Tara.

[I had written some smack about a stranger, but took it down except for the look on Tara’s face]
Most people would've glared at someone that annoying - she was smiling the whole time. 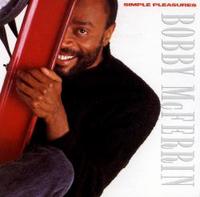 More hanging out on the couch, light headed and loopy I spoke in the staccato of ba ba ba ba ba blahing, but not blaah, blaaah blaaah.

I questioned out loud the words and names I just spoke correctly, repeating them until they started to disintegrated into random Bobby McFerrin vocalizations

“You're going to out snot me??” Asked Ashley.

Dumbest thing out of my mouth last night:

I wish I was a crack-whore. Then I would get laid more often.

Yeah I was feeling that loopy.